We have had enough of the Tory’s 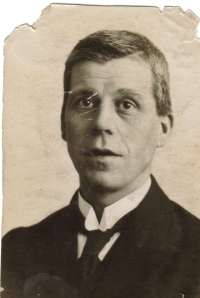 Just a few lines  hopeing it finds you well as it leaves me at present i have just came in from an election meeting we are in the thick of the fight and i hope Labour wins this time we have had about enough of the Tory’s it is a lovely Night and frosty and i am knowing about it this week my nose is as red as a berry with the Restu do you use it for washing with if not tell Aunt Sarah to get you some tell em it’s good. Because your Dad makes it so you argue about religion well i am sure you can hold your own with them. Spiritism is Demonic tell Aunt Polly i said so and so does the Bible. Mam as told you all the news so i have very little to write about i expect you are busy getting read for xmas i will try and come before then to see you it seems a very nice place from the Photo I think this is all now as it is geting late so with best love and xxxxx i will close

Good Night and God Bless you

From your loving Dad xxxxxx

My grandfather wrote this letter to his daughter. He worked at Gossages and Restu is a brand of soap made there.

We are still staunch Labour in the family, but I wonder what grandad would have made of some of the changes in his beloved party since he wrote this letter!

His points about religion are also interesting. He was a Protestant, and very much against other views. I think he has a point about Spiritualism, but it is a pity that my father turning Catholic caused so much strife. Frances must have been around 16 at the time, but he has every faith in her ability to argue her view.

Working at Gossage’s cannot have been good for him, but then he did live till he was 88.

Filed under Everything else, The Inspirational Old Letters

2 responses to “We have had enough of the Tory’s”